After a Decade of Bitcoin, the Next Wave: Stochastic Crypto-networks 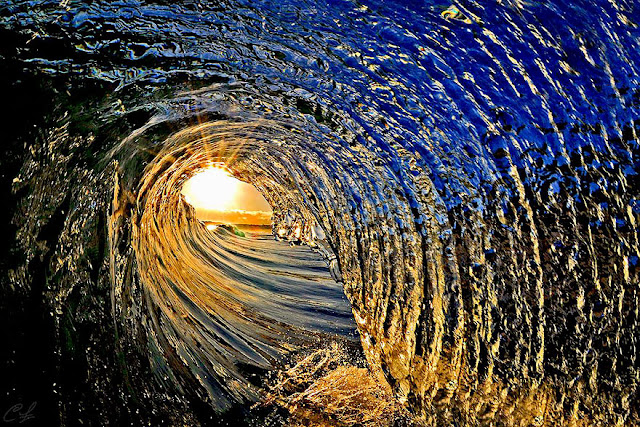 Have you heard of... The blockchain? Cryptocurrencies? Digital currency Exchanges? Miners? Tokens? Smart contracts? ICOs? STOs? Blockchain applications? Jobs in the blockchain industry?
None of the above would exist without a crypto-network infrastructure that securely exchanges transactions, guarantees the reliability of the network and the integrity of the replicated data (the blockchain). This technology, introduced by Bitcoin, is now ten years old.
The original goal of Bitcoin was to create a secure method of trading among peers using a currency that could not be controlled by any person, company or institution. It was then discovered that the blockchain concept it employed was extremely useful for many applications.
However, current crypto-networks providing a blockchain infrastructure, including Bitcoin itself, have morphed into networks that rely on special intermediate nodes.
In addition, the established crypto-networks are limited, costly and cannot support the many applications we envision for the blockchain.
The fixes proposed for these problems are complex and are often applied to the side or on top of existing networks none of which is fully distributed.
Other solutions also exist, that have abandoned the blockchain concept altogether.
In the last few years the idea of a scalable network of peers securely guaranteeing replicated data has been a challenge for the research community. Decades of research on Byzantine Fault Tolerant solutions (BFT) has produced only one practical (PBFT) solution, Bitcoin. But Bitcoin delivered on its promise only until its own success substantially changed its nature. 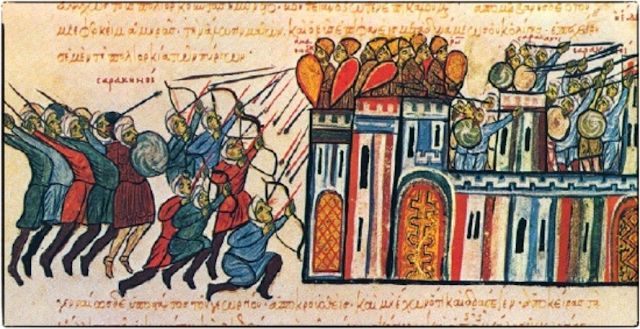 The good news is that research did not stop and new approaches for building the blockchain infrastructure are on the horizon.


The meaning of the words permission and consensus
To fulfill its original goal the blockchain infrastructure had to be free from a central authority, or unpermissioned (permission-less). Transactions had to occur between peers, without intermediate participants, in a fully-distributed network. Every node had the same responsibility for securing the network from attacks, for the verification of transactions, and had a similar probability of getting rewards.
Bitcoin started out as a distributed network - each and every node, usually PCs with fairly equivalent processing power, was able to securely exchange and validate transactions and mine rewards.
However, the Bitcoin "consensus" process (called Proof of Work) was leader-based. One node, the node that won a random computing challenge, acquired the right to dictate the composition of the block to all other nodes in the network. The addition of a block to the blockchain came with the opportunity for that winner node to create a substantial reward for itself.
The word "consensus" was not used by Bitcoin to reflect a general or unanimous agreement, but to express almost the opposite: the requirement for every node to adopt the winner's block composition. By broadcasting the winner's block to every other node Bitcoin guarantees that the blockchain replica is identical on every node.
Tendency towards centralization
In this scenario, every node has an interest in becoming the winner and cash in their reward.
Many entrepreneurs saw the opportunity and acquired powerful specialized processors in order to increase their probability of winning the rewards. New manufacturers specialized in the production of fast hashing processors emerged and a new mining industry was born.
It became a question of return on investment: how much it would cost to acquire and run many specialized processors versus the average amount that could be earned in rewards.
This led to mining farms and mining pools, with large conglomerates of specialized processors becoming associated with one Bitcoin node. Some nodes became more and more powerful. Their influence on the network was only limited by their self-restraint. If one mining farm acquired more than half of the network's computing power, user's trust in the network would evaporate.
As a result of these developments, the infrastructure, for the Bitcoin crypto-network, soon morphed from fully distributed (all nodes are miners) to de-centralized (a much smaller number of nodes are miners).
Other crypto-networks
It was soon recognized that Bitcoin had a high cost, several problems and limitations. Many developers cloned the Bitcoin open source code, made improvements, and then released new crypto-networks.
The number of crypto-networks has proliferated to several thousands.
Permissioned networks and De-centralized Ledger Technologies
After the success of blockchain technology, spearheaded by Bitcoin, some financial sector companies realized that the blockchain concept could be integrated with their various proprietary approaches to share financial data. This technology is sometimes called Distributed Ledger Technology (DLT), but more correctly it is called Decentralized Ledger Technology. 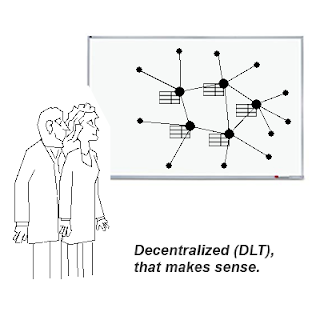 Financial institutions, by nature, want to own assets (traditionally financial assets). By using DLT technology they may also profit by controlling and selling access to other types of assets. These networks are permissioned.
In permissioned crypto-networks, a set of special nodes act as intermediate nodes, verifying and adding transactions to their replica of the ledger. These nodes maintain the consistency of their replica of the ledger and must be trusted by all other nodes. The requirement to trust an intermediate node, a verifier, is the key distinction between a permissioned network and a fully distributed, unpermissioned network, where there are no privileged nodes with the responsibility of approving transactions. We will come back to trust in the next section.
De-centralized network designs have the advantage of higher throughput, since large resource investments can be made on a limited number of special nodes. The rest of the network nodes do not need to address and exchange data directly with each other, but only exchange data through specific, trusted nodes.
Needless to say, the original cryptocurrency users did not think much of the massive effort by software industry leaders in permissioned networks.
A real distinction?
As we mentioned, Bitcoin started as a distributed network but, because of the appeal of the reward created by its leader-based consensus mechanism, it now relies on a set of miner nodes.
Because of the high cost in electrical power required to run mining processors, many successful Bitcoin clones have adopted, or are migrating to, less costly leader-based consensus mechanisms, such as Proof of Stake, Proof of Authority, Proof of Capacity, etc.
However, while the Proof of Work mechanism was originally designed to achieve equal probability for every node to gain the reward, leader-based mechanisms today are not as democratic.
In essence, Proof of "something" mechanisms require that some uncommon property be proven before the node acquires the right to participate in rewards.
In Bitcoin, that "something" was the ability to perform computational tasks, to prove in real time that the node ran on a real computer and not on a simulated or virtual one.
For networks adopting "Proof of Stake", that "something" means proving the ownership of a large amount of the network's currency.
In all cases, only a limited number of nodes are accredited and trusted as verifiers.
In unpermissioned networks, the tendency towards centralization causes a continuous drop in the number of verifier nodes.
When the number of verifier nodes becomes small, it would be much easier for an attacker to take over the network, thus verifier nodes must be trustworthy. The distinction between unpermissioned, leader-based consensus networks and permissioned networks is therefore fading.
No distributed consensus mechanism has been implemented yet that resists the trend towards centralization.
This is not just an academic or philosophical discussion. Ethereum, after its success as an unpermissioned network used for the development of tokens, is moving towards a Proof of Stake design, with a limited number of verifier nodes. Several newer clones of Ethereum, such as Tezos, EOS and TELOS describe themselves euphemistically as "substantially decentralized".
Other networks, such as Ripple and Stellar, are popular because of their speed, even if they are the product of permissioned designs.
Has the original goal of Bitcoin has been abandoned? Do all current crypto-networks need intermediate nodes to verify end-user transactions and add blocks to the blockchain?
Furthermore, is there a solution to cost and limitations of the original networks? Those networks that claim to have fixed such problems are creating complex solutions at higher layers.
Continuing research
As I mentioned, blockchain research is continuing. The goal is still the same: to provide people with the ability to trade and exchange data directly without having to trust an intermediate entity.
When exploring the idea of fully distributed crypto-networks without intermediate nodes the following questions arise:
Stochastic, fully distributed networks
The vision of a fully distributed crypto-network with no special intermediate nodes and not owned by any entity is much closer than you may think. All of the above questions happen to have a positive answer when the crypto-network is based on stochastic logical environs.
The research work on distributed stochastic crypto-networks started in 2016. A new truly distributed consensus agreement has been developed, which is called the Majority Agreement Recursive Protocol based on Logical Environs (MARPLE).
Each node can find agreement with a random set of physically remote but logically connected nodes (environs). These are dynamically and continuously re-configuring. The nodes in these environs recursively and synchronously share their current block outline by using very short hash packets. When disagreements occur, they can resolve them without broadcasting to the whole network.
Because the size of each node's environs is small and does not depend on the size of the network, stochastic distributed crypto-networks are scalable and can handle a much higher volume of transactions.
The stochastic crypto-network design can guarantee application data integrity, as the consensus is reached synchronously for each block and forks disappear.
The costs associated with mining and verifying (rewards and fees) also disappear.
As an incentive to become a node of the network, users can issue free financial transactions, receive a secure wallet acting as an interest-bearing savings account, and may run highly scalable blockchain applications on their device.
At least one stochastic unpermissioned network (GNodes by Gorbyte) plans to be operational by the end of 2019 with: 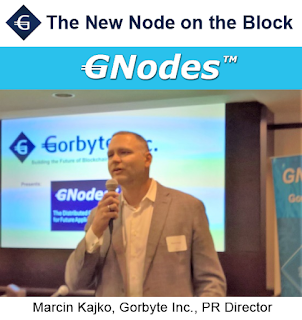 Stochastic, fully-distributed crypto-networks will soon revitalize the blockchain industry, disrupt crypto-mining industries, reduce energy utilization, provide an alternative to current crypto-networks and effectively revolutionize the distributed application world.
______________
Giuseppe Gori is the CEO of Gorbyte (gorbyte.com). The company is currently raising private funds through a security token offering and will raise public funds in an STO early next year in partnership with DealBox (Carlsbad, CA, USA) and TokenIQ (Scottsdale, AZ). The funds are being used for the development of GNodes, Gorbyte's vision for a stochastic, fully distributed network featuring no-fee basic transactions with a non-volatile currency.